Facebook has a new name: Meta. Possible alien, Mark Zuckerberg, recently announced the change in a special, hour-long broadcast on Facebook that caused quite a stir. In the broadcast, Zuckerberg not only shared the new name and controversial logo but went on further to layout Facebook’s, I mean Meta’s plans for a metaverse. **cue the sci-fi soundtrack**

What exactly is a Meta-verse?

The word ‘meta’ comes from the Greek word meaning ‘beyond’ and the name Meta-verse, combining meta and universe, essentially translates to a universe beyond ours. Over the next decade or so Meta will be investing billions of dollars into the development of a virtual world that users can enter through the use of AR (augmented reality) or VR (virtual reality) headsets. Users will be able to hang out with friends, attend virtual concerts, spend real money in virtual shops and zen out on their own. Meta aims to take this beyond just a social network and make it a place where companies have virtual offices that allow remote workers to interact.

If you’ve got Netflix you’re probably getting some serious Ready Player One vibes here. And you’re not alone. The sci-fi fantasies of ‘the future’ seem to be becoming a reality.?

This isn’t the first time a company has tried to create a metaverse. Games such as Fortnite and Battle Royal as well as social platforms such as Decentraland already have a virtual world where players can interact, spend money and participate in activities and games together but Meta, in true Zuckerberg style, plans to take it to a level that these existing platforms haven’t yet.

We have no doubt that Meta won’t be the only big player in this space either. Microsoft has recently announced their intention to create virtual office spaces. As the market inevitably grows, we will be keeping a keen eye on it, making sure our community gets the latest insights into the opportunities to leverage the technology.

This leaves us with the question, how does the meta-verse affect small businesses and marketing right now?

First off, the Facebook app we know will stay exactly the same, no name change here. The same goes for all of the other apps owned by Meta, including Instagram and Whatsapp. All of your current marketing efforts on these platforms will remain as they were.

While it might sound like Facebook/ Meta is becoming a video game creator, at its core, it is still an advertising company that provides social networking opportunities. You can bet your favourite takkies that in this new metaverse, brands and businesses will have to pay to advertise and be able to sell virtual goods to other users, of which Meta will then most likely take a cut. There is already a rush to ‘buy’ virtual property in metaverses (https://www.youtube.com/watch?v=KZMsME8Oacs).

Zuckerberg admits that the metaverse is still years away and even then it won’t be perfect, but as we move towards these technologies it’s clear that video and interactive advertising is here to stay.

For now, you don’t need to chuck your existing marketing efforts away in favour of setting up your virtual coffee shop. However, there are already some amazing uses for VR and AR in small businesses.

Virtual reality use for small businesses:

We are shown an average of between 4000 and 10 000 adverts a day. So how can you use VR and AR to differentiate your business from the competition even on a budget? 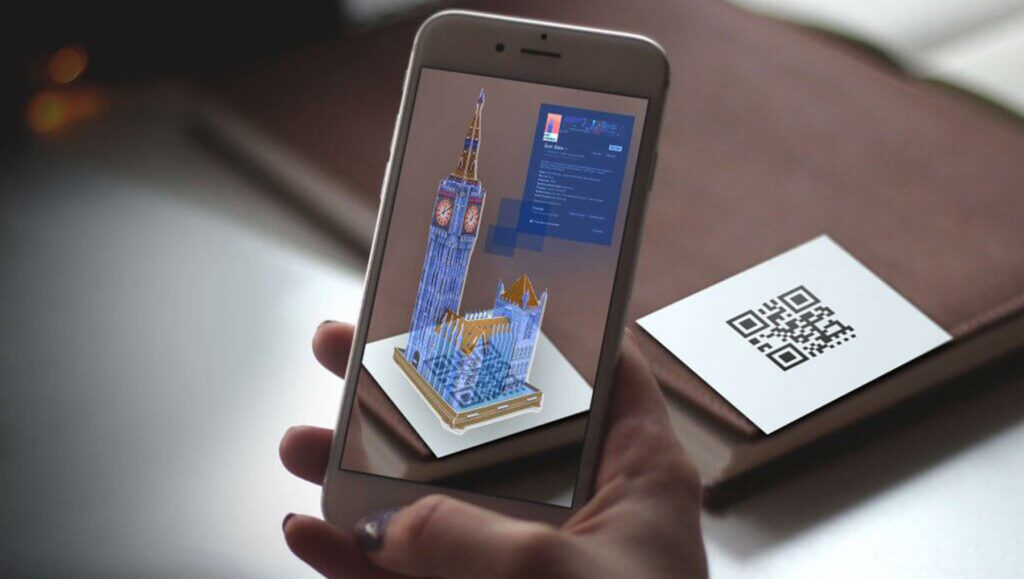 AR business cards are a super cool and interactive way to get the attention of your possible customers. Using a simple business card with a QR code most modern phones will be able to display a virtual object such as a product. How cool would that be?!

We have already seen the adoption of 360 tours for properties or experiences that help customers ‘try before they buy’. With a GoPro Max 360 camera costing just R10k, there’s a high chance someone you know already has one laying in a drawer, 360 technology has never been more accessible. If you are a small business looking to add 360 tours to your website give us a shout!

To sum it all up, Facebook has changed their name to Meta, this has made zero impact on your current marketing efforts but you should be aware that going forward we will see a change in how we interact with people daily.

If you want to keep getting our opinions and perspectives on the marketing world, and how it will affect you, the small business owner or future entrepreneur, make sure you are subscribed to our newsletter. We pinky promise not to spam you.